Create an Account - Increase your productivity, customize your experience, and engage in information you care about.

News You Should Know 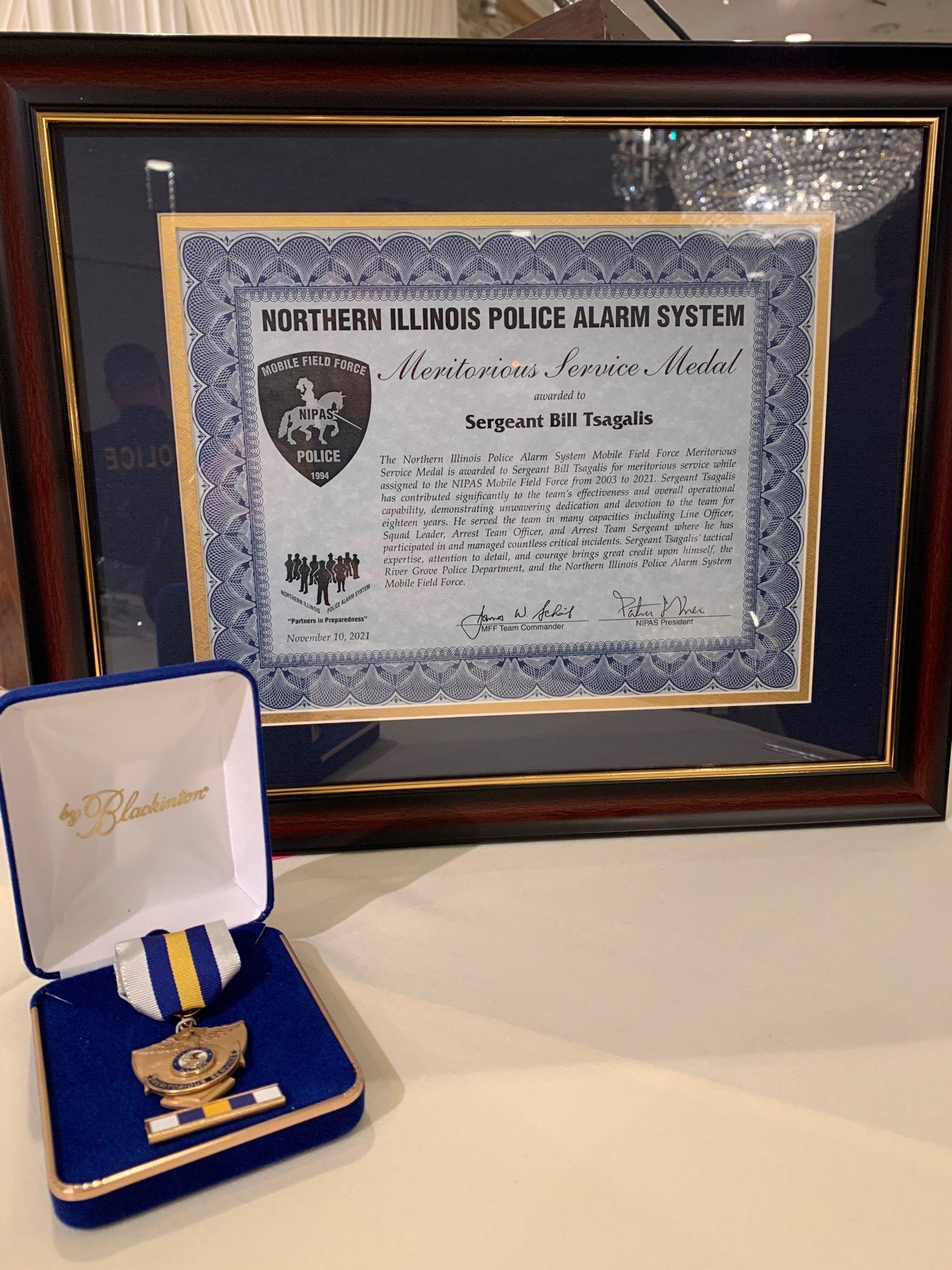 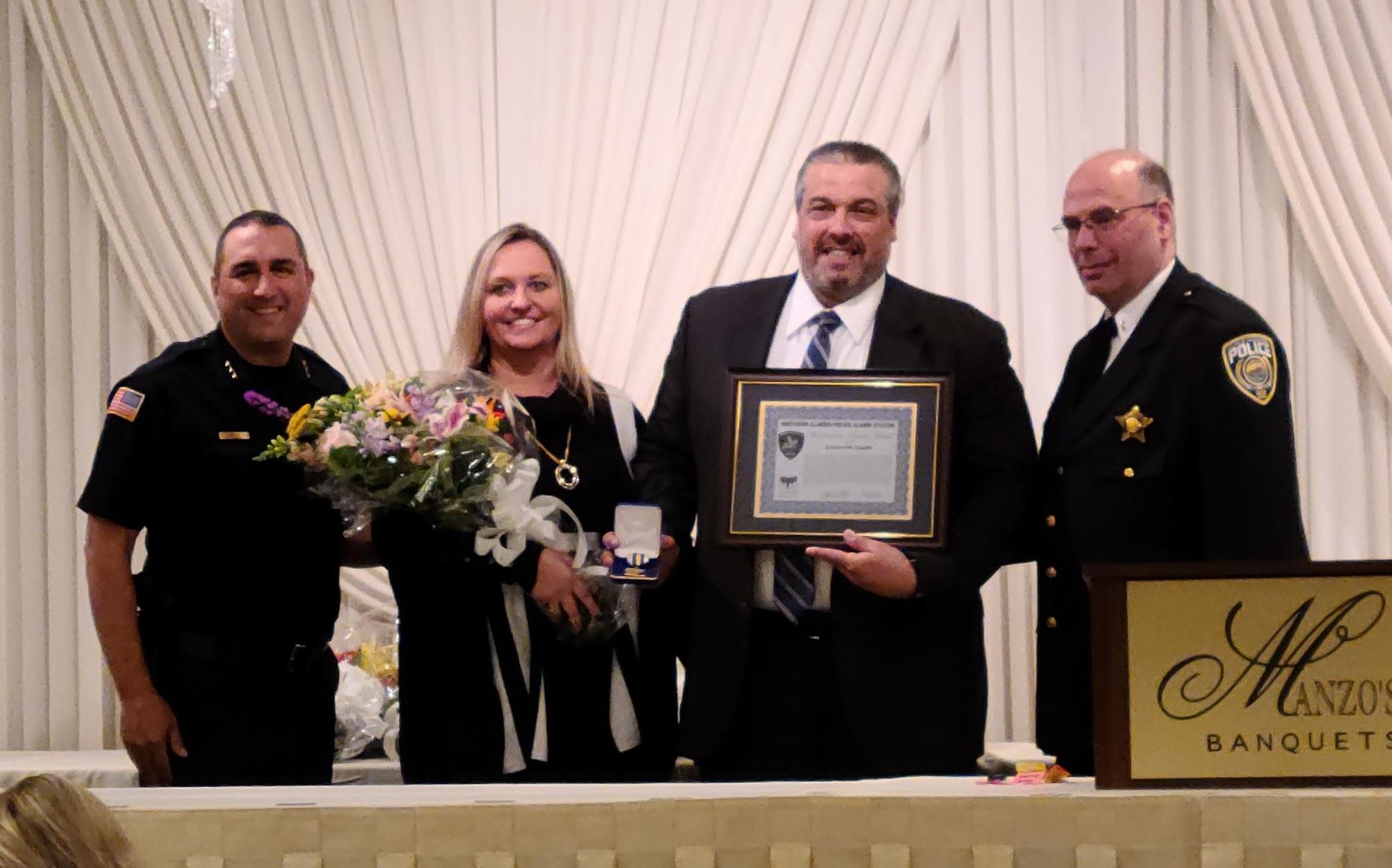 On Wednesday, November 10, 2021, Sgt. Bill Tsagalis was recognized for 18 1/2 years of service to the Northern Illinois Police Alarm System (NIPAS) - Mobile Field Force.  The NIPAS - MFF is supported by dozens of member police agencies who outsource officers from their departments.  The officers go through extensive training and education to be part of NIPAS, and when a member department has a specific need that fits a protocol, NIPAS mobilizes and responds.

Sgt. Bill Tsagalis served the Mobile Field Force from 2003 - 2021.  Held various assignments including Squad Leader and Arrest Team Sergeant.  As a NIPAS member, Sgt. Tsagalis responded to hundreds of calls for service, ensuring the safety and security of River Grove and our neighboring towns in their time of need.  Sgt. Tsagalis was amongst his peers, and with his wife, when he was recognized with a Meritorious Service Medal at the annual NIPAS business meeting and luncheon.

Sgt. Tsagalis is not retiring from the River Grove Police Department, he has just stepped away from the NIPAS - MFF. 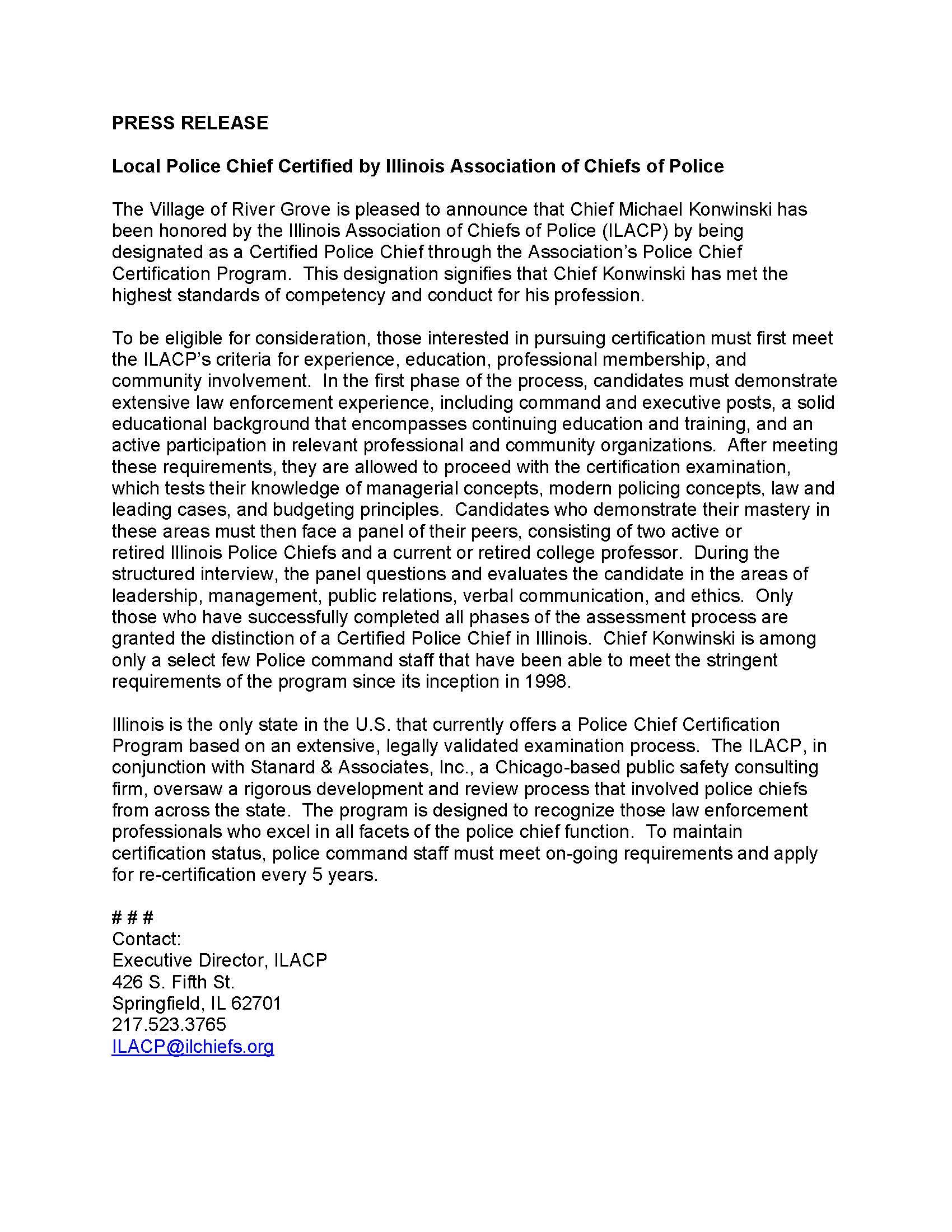 From the Chief’s Office:

In an effort to better regulate and control parking issues in town, two amended ordinances were recently approved.

The second ordinance recognizes the police department’s authority to impound vehicles in certain circumstances.  That means, vehicles that are parked in a restricted area, without a properly affixed parking permit (village sticker), or guest pass, are subject to being towed at the owner's expense.